Keeping Ants Out of Your Beehive--Don't Give Those Ants a Chance! 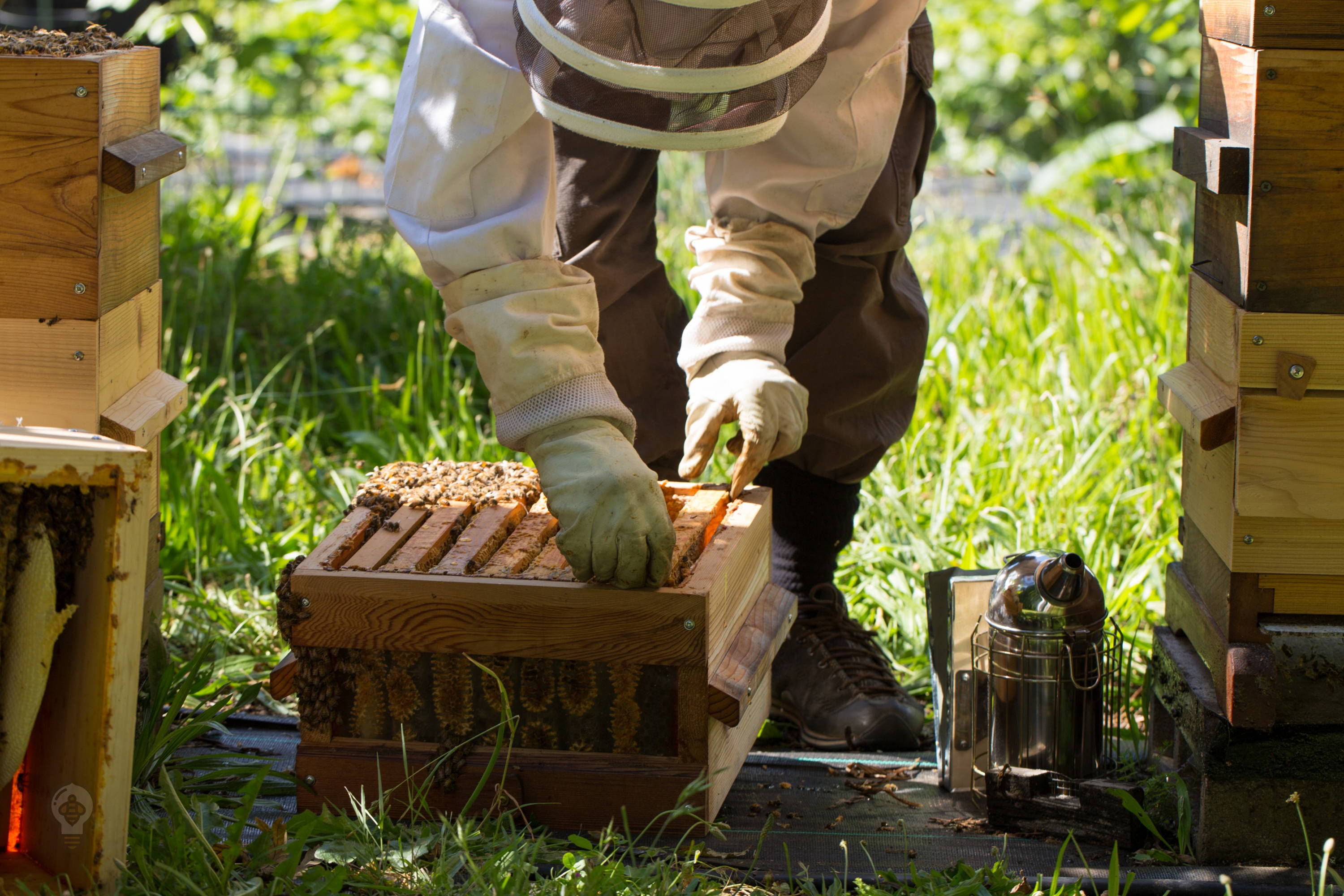 Ants are creatures who are always looking for a warm, safe place to lay larvae and have a steady source of food. Beehives are especially appealing to ants, and if the ants are of an aggressive persuasion, this can spell trouble for your hive. Not only can they take over a hive and eat bee larvae, they can cause a weak bee colony to collapse if the bees are unable to fight off invasion.

The good news is that there are steps you can take to prevent this from happening. There are several all natural, safe, and effective methods to protect your hive so those ants don't have a chance of infesting your hive.

One of the simplest and most efficient ways of keeping ants out is by putting “moats” around the feet of the hive. Depending on the type of hive feet you have, you can select a proper bowl or dish type (such as tuna cans, aluminum pie plates, etc.) and fill them with vegetable oil, or a mixture of water and soap.

The soap will break the surface tension of the water, so the ants will be unable to crawl across, and won’t able to reach the hive. To keep bees from entering these dishes, you can make covers with them with wire mesh. Make sure the mesh weave is big enough for the ants to enter, but not big enough for bees to pass through. We don't want our bee friends to drown! 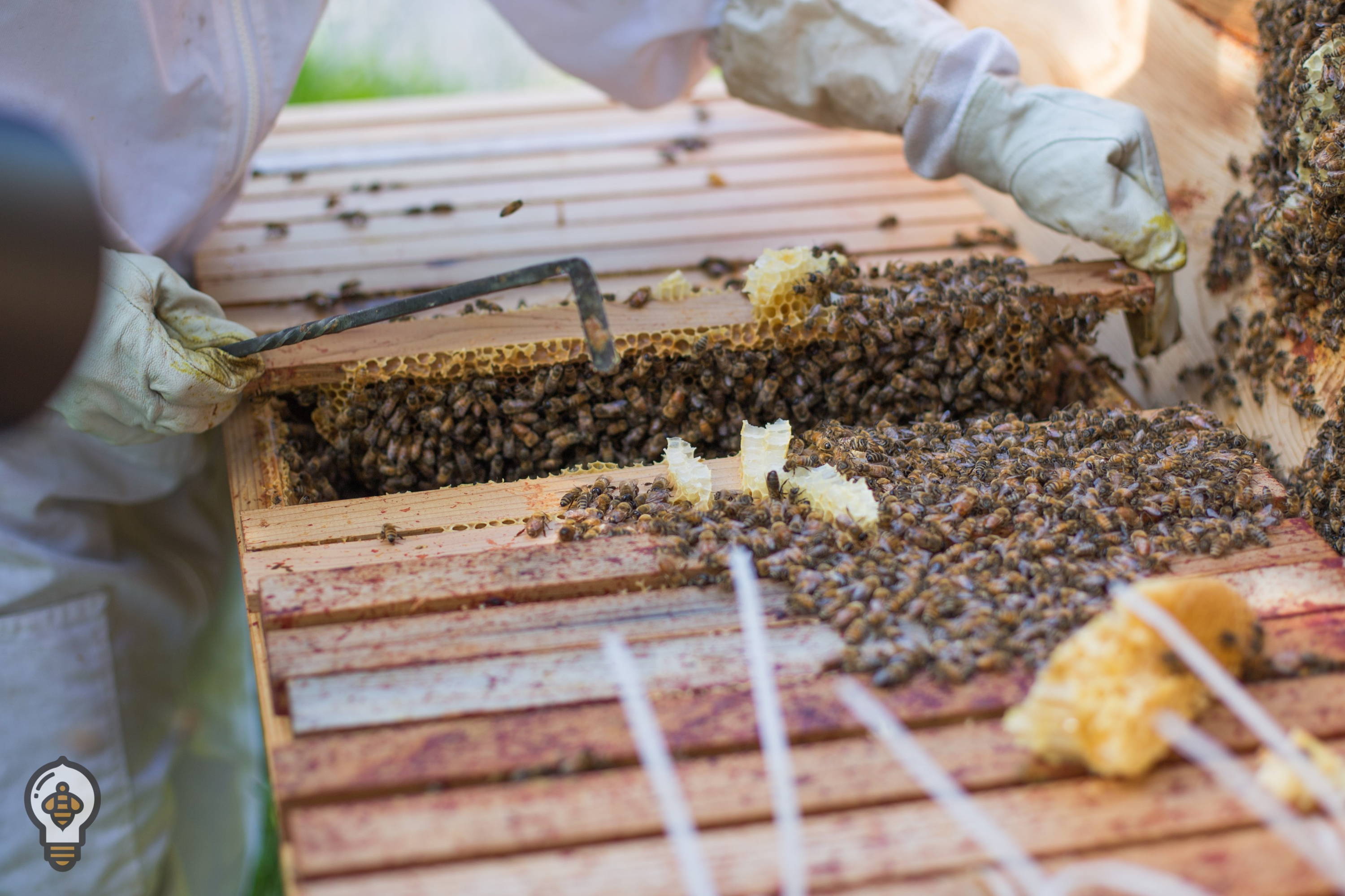 Another step is to make the legs of the hive sticky or greasy so that ants can't travel up the legs. Grease, such as Vaseline, can be used, as well as Tanglefoot or Ant Can't, which are designed to be so sticky that ants’ legs get caught in it. Apply these to the legs of the hive and ants won't be able to climb up them. Check the legs weekly, and if needed reapply the grease if it has worn off.

Trimming the grass and vegetation near your beehive is equally important in keeping ants from entering the hive. Remember, ants can climb on stems and blades of grass and use it as a bridge to find their way into the hive.

Some beekeepers have found that sprinkling dried, powdered cinnamon around the hive feet and entrance is effective in keeping ants out, as some species do not like the scent of cinnamon. You can also put cinnamon on the side of the inner cover if ants have started nesting there. This will work in certain climates with certain ant species, but not with all. Experiment and see if it works for you. Remember, the cinnamon will need to be reapplied after rain or snow has fallen.

Another trick some beekeepers swear by is borax mixed with a little bit of water to create a dough-like paste, placed near the hive feet. Make sure to cover it with a screen large enough for ants to get through, but not bees. The ants find the borax to be sweet tasting, and can ball it up and carry it back to their anthill and then consume it, thus destroying them.

Again, this will only work with certain ant species. Like cinnamon, it will need to be reapplied after rain or snow has fallen.

Lastly, keeping the area near your hive clean is also very effective in keeping ants (and other pests) away from seeking out the hive. Clean up any fallen comb, no matter how small, and anything else that could be a source of food for ants.

Should ants find their way into your hive, the best way to get them out is to physically remove them using mechanical means such as brushing them off with a hive tool or using an empty water bottle to scoop them out. This method is particularly useful when removing ants and their nests from hive windows. Never use pesticides to remove ants.

Ants and bees have similar entomology and pesticides that kill ants can also kill your bees. By taking these steps, you will be proactively protecting your hive from invading ants, and giving them a helping hand in becoming a strong, healthy colony. A strong bee colony will keep ants out of their hive.

Enter your email and receive 10% off your first order.